Whether you are male or female, gay or straight, black or white… we can all agree on one thing; when you are tired of someone’s SHIT it’s painstakingly obvious.

When you say you’re done you are never really done…when you SHOW that you are done? Well someone who took you for granted is in for a very rude awakening. I have concluded after many conversations with people of all walks of life plus my many failed relationships and friendships LMAO; that there are 3 major indicators that help you discern when you are completely and totally just OVER IT. When a person no longer wants to argue, when a person stops picking up the phone, and my personal favorite, when a person starts to GLOW, you have officially lost them.

You will know when you are over a mf and their bullshit because you will become completely and totally un-phased. You will hear them but not really hear them. You start saying things like “ok” and “you right” instead of arguing. The lame ass weak ass apologies no longer hold weight. You no longer except the pathetic excuses that do not excuse the abusive behavior. Once you've said something a thousand times you realize that they heard you every...single...time. They just didn't respect you enough to move different. The older I get the more I realize that being alone and being happy is 100X better than being around fake ass people or in a toxic relationship. Once you lose the urge to go back and forth; you’re OVER IT

11 missed calls? Now I don’t know about you…but even at WORK I am going to stop and answer my phone when I see repeated missed calls. What if it’s an emergency or the school is trying to contact me about my kids? The only exception that wouldn’t cause panic however; is if the calls are coming for a loser that can’t get it through his brain that it’s OVER. See… when you are really over someone after losing the desire to argue you eventually lose the desire to communicate with that person altogether. I mean let’s face it? We all know that once you start arguing you go from being the “worst person in the world” to the “best thing that ever happened”. The scenario changes from finger pointing to apologizing… but if you are strong and know your worth you will come to realize after one too many apologies that person isn’t truly sorry… they just feel that is what they need to say to get back into your life. The best apology is changed behavior. When you finally block the number and don’t go back to read the messages or see if they called; it’s pretty safe to say you’re OVER IT.

Now that you have thrown in the white towel refusing to argue or go into battle any further, once you stopped answering the phone or but the person on the block list there is one final way to be sure you are over it…and that’s to look in the mirror. Look in the mirror and see if you are glowing…see if you look happy…or at the very least a bit better. One thing I have realized is that when you cut out the negative vibes and the toxic people they are attached to; you begin to both look and feel better. How we feel is reflected in our appearance…the same way you can tell if someone is high or sleepy you can tell when they are down. When you cut off that dead weight you begin to smile more…and when you smile more it’s because you are happier. And when you become happier you will notice a glow about yourself. When you are back to who you once were if not a better version; you will begin to thrive. Peace is necessary to prosper. So ladies and gentlemen always remember that you only have one life…and no amount of “love” in this WORLD is worth allowing yourself to be lied to, abused, manipulated, or mistreated in ANY way. Love yourself and set the bar high for anyone who wishes to love you as well. PEACE

Check out my new commercial! 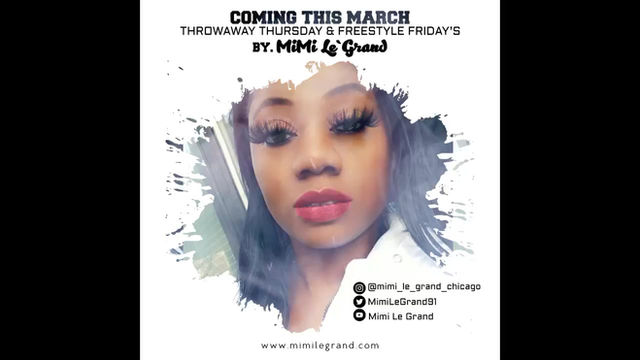 Delay is NOT denial

Check out my new commercial! 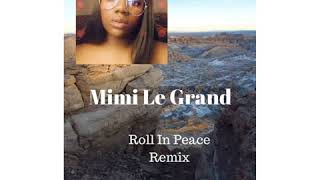 New York was EVERYTHING